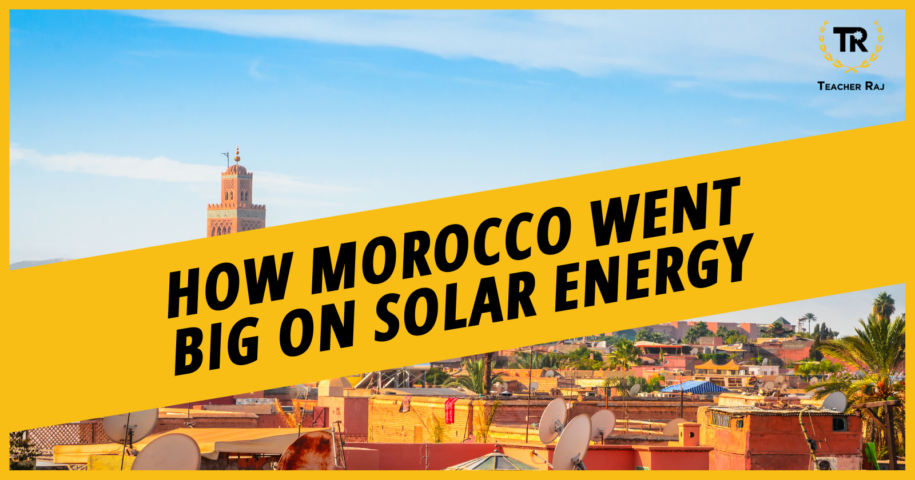 What Morocco has done is truly remarkable. As of 2020, 37% of their energy are from renewable sources, and they have pledged to increase it. They have shown the world how it can be done, and that it can be done. Here are some key lessons I’ve picked from this article:

1. Recognise potential and act on it

Morocco identified the country’s ability to produce solar, wind and hydropower, and then worked to realise it by acting on it, through nationwide projects and policies.

2. Look ahead and plan

The country’s national action on climate change dates back to the mid-2000s. They planned for the future – they saw clean energy as a way to be economically competitive in the future, and a way to reduce dependence on fossil fuel imports.

Addressing social issues such as gender inequality can also be a tool in tackling climate change. Solar energy can also do more than just environmental good – Morocco used money saved from fossil fuel subsidies for education, and to implement a health insurance scheme.

While Morocco has been lauded for their large-scale solar power arrays and government-driven mega-projects, some have contended that they should also focus on the micro-level, to make it easy and accessible for individuals and industries to implement renewable energy on their own.