Climate Change: Is This a Turning Point? 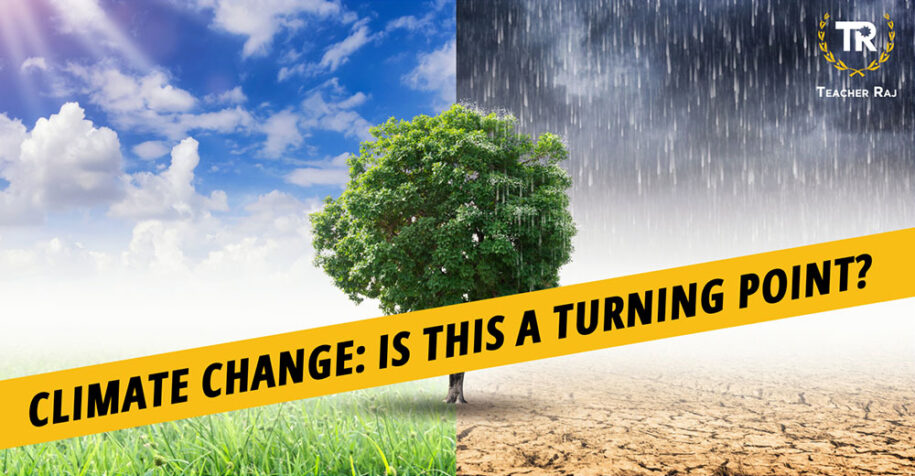 As world leaders come together for the United Nations Climate Change Conference (also known as COP26) this month, there is a very obvious elephant in the meeting room. That time is running out, and that the issue of climate change has to be tackled with extreme urgency.

“It is clear that there are devastating repercussions from climate change.”

Decades of intense human activity has its consequences. But amazingly there are still people who still deny it, believing that there is no such thing as climate change, or that it is a natural progression that is not caused by man. That is utter nonsense – empirically and scientifically, it has been proven countless times since the advent of modern science, that human activity has altered the composition of our atmosphere and changed global temperatures, which has affected life on this planet, including ourselves.

As the world looks on at world leaders and policy makers, the inevitable question is: will this finally be a turning point? Or perhaps, more of a tipping point. Climate change is a highly charged issue, one that is polarizing and heavily politicized. But no matter what people think, the planet continues to groan under the weight of pollution, deforestation, and rampant development. And the world continues to debate, meander and delay in acting.

In Malaysia, we are fortunate that climate change has not been politicized. We have a government that is aware of climate change, and has acted accordingly by establishing environmental agencies and standards. But of course, there is a lot more room for the much-needed progress to address this issue.

“Climate change is irreversible – there is no undo button that we can click to return things to what it was.”

This is truly, ‘Once Broken Considered Sold’. Malaysia has a high dependence on fossil fuels, and we need to move away from it. Due to the response towards declining domestic gas productions, there has been an alarming increase in the usage of coal as a power source. As of 2021, coal constitutes 59% of energy generated in Malaysia. The latest coal-fired power plant, situated in Port Dickson, began operations in 2019, which is rather recent. Currently, only 18% of energy produced in Malaysia is renewable, with 85% of it derived from hydropower. These are bleak statistics that do not bode well for our environment.

However, the Sustainable Energy Development Authority in Malaysia has declared a goal of a whopping 25% of the total national energy consumption to be through renewable energy systems by the year 2030. That is less than 9 years’ time. The UN has also made 2030 a marker as well, saying that by then, global emissions have to be reduced by 55%, in order to prevent average global temperatures rising above the 1.5ºC limit.

Our Prime Minister has also pledged that the country will be carbon-neutral by 2050. While it is heartening to see promises and pledges, and the setting of markers or milestones, what we need to see now are tangible and measurable steps towards those goals – right now. The government has acknowledged the dire situation the country and world are in, in regard to climate change. And we need to act and rectify the situation before it is far too late. Saying that something is bad, and that we should not continue to do it is one thing, but we should also see an active move towards solutions or alternatives, and a wider implementation of renewable energy systems.

“Unless we free ourselves from a dependence on fossil fuels, we are condemning future generations to a catastrophic and irreversible global climate crisis.”

It is a disgrace that our children will inherit this broken planet and will have to live with it. Or perhaps the better question is, will there be anything left on this earth for our children?